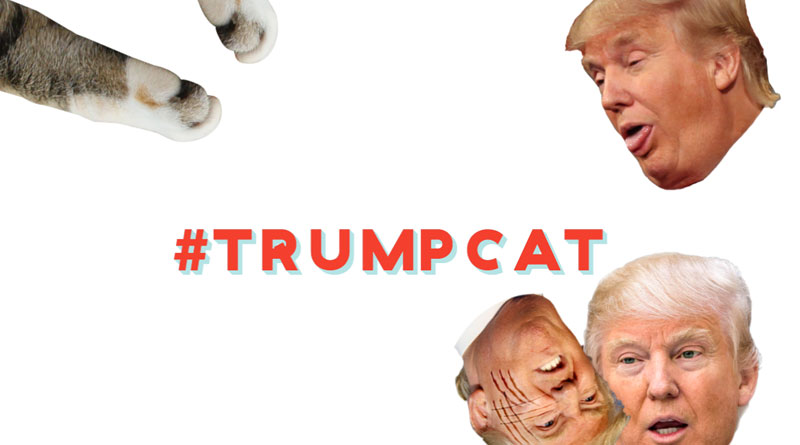 The New York Observer reported “Trump Sics Lawyers on Teen for Making Silly Site Where Kittens Punch Him”. What a monster?

The Observer article, was later picked up by Yahoo with the headline “Trump Sends Lawyers After Teen For Site Where Kittens Can Punch POTUS”. The comments section on the Yahoo article is exploding, with people ranting about how terrible, and monstrous this is! A lot of name calling on both sides.

Both articles try to make it seem like the lawyers were only out to stop the site because of the kittens ‘attacking’ the images of Trump. This is entirely untrue.

Trump’s lawyers, most likely without his knowledge, contacted the girl, Lucy, because of her unauthorized use of Trumps name. It had nothing to do with the content of the site. Trump’s name is his brand, and you can’t use a brand name in your personal website. If someone made “McDonaldsScratch.com” you know that McDondald’s would be after them, and it wouldn’t even be news. But because people are looking for reasons to react, to be mad, this becomes a news story. There is also no evidence that any public funds were used for this.

A PR team contacted the Observer, representing the Trump Organization, and stated that they were never contacted regarding the story. Quoted in an update to the article: “Alan Garten, executive vice president and chief legal officer at The Trump Organization, provided the following comment through the PR agency:“This is completely false. No such letter was ever sent by us.”. So it is possible that this entire story is a fabrication. I would love to see the actual letter, that the author claims to have seen.

Recently Snoop Dogg made news with his video, featuring a clown called “Ronald Klump” whom he mocked shooting at the end. This is a much more direct version of parody, and raised a lot of eyebrows, including prompting Fox News Kimberly Guilfoyle to say she thinks the Secret Service should “Kill them. Kill them”.

If content was the reason it was shut down, I really can’t wait to get sued by Trump for www.omglasergunspewpewpew.com. But it has nothing to do with the content. It is perfectly legal to scratch an image of the president, or blow it up with lasers, as long as there is no clear threat. I strongly believe both KittenFeed, and OMGLaserGunsPewPewPew fall under the “Not A Threat” category.