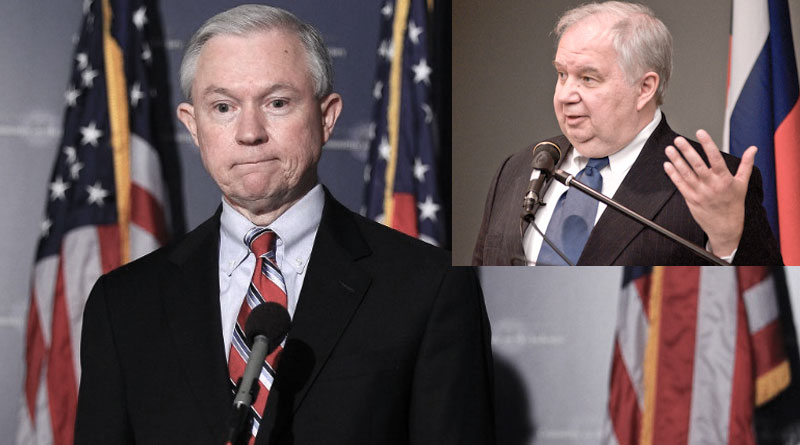 What kind of hypocrisy is this?

Fun update! Number 45 just tweeted about the Senator Schumer meeting in 2003! Looks like he read the Allen B West article too. It could be just coincidence that the site published that today, and hours later we get a tweet about it. 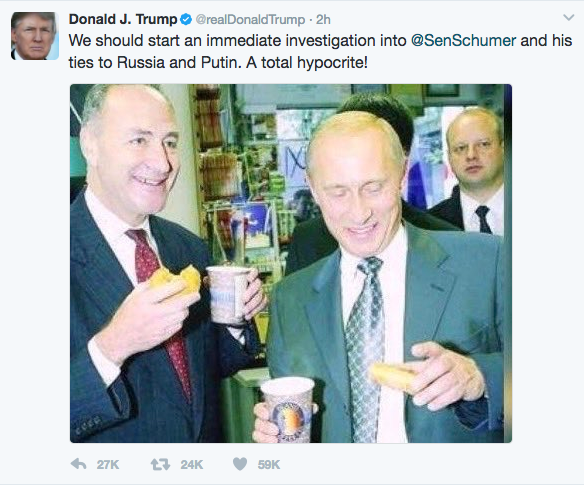 This article and references to it appeared more than twice around the net today in my various feeds. From the Gateway Pundit, a conservative leaning site, that, according to a link they shared, was ranked 26th in the top 150 conservative websites in 2013*, shared this shocking revelation today:

In 2015, 30 Senate democrats met with diplomats from Russia and China to discuss concerns over the Republican rejection of a limit on Iran’s nuclear program.

The reference link provided, requires a log in, but a quote provided from a British Embassy spokesperson said “If Congress rejects this good deal, and the U.S. is forced to walk away, Iran will be left with an unconstrained nuclear program with far weaker monitoring arrangements, the current international consensus on sanctions would unravel, and international unity and pressure on Iran would be seriously undermined.”

The Democrats were publicly meeting with the Russians and Chinese to keep the Republicans from blocking the deal.

The article also has quotes from Philipp Ackermann, the then acting German Ambassador to the US, as saying: “The prospect of the rejection of a deal makes us nervous. It would be a nightmare for every European country if this is rejected.” The article closes with a final quote from Ackerman “Everybody accepts that this deal is an enormous achievement of international diplomacy. If the U.S. says, ‘Sorry guys, we can’t pursue this because our Congress isn’t going along with us,’ questions will be asked … Other countries will say, ‘Why should I be following [this] Congress?”

Almost every diplomat involved, as well as the democrats, were trying to stop the Republicans from rejecting the deal.
Here is an NPR article that hilights 6 things that the deal entailed.

An agreement was reached between Iran and the P5+1 (UN security council countries) on April 2, 2015.

Ironically enough, the agreement is in the news again, as the EU is looking to tighten the implementation of the agreement.

Then there are these articles, from Allen B West.com, and the Need To Know Network (which cites the Taipei Times as its source) that somehow tries to compare Senator Senator Charles Schumer public meeting with Vladimir Putin in 2003, when he visited New York. Public. Meeting.

The Bottom Line: 30 Democratic Senators most definitely met with Russian diplomats. The meeting was public, well documented and resulted in successfully pushing through nuclear sanctions against Iran.
This is in great contrast to the current Russian involvement with Attorney General Jeff Sessions, who met in secret with Russian ambassador Sergey Kislyak, and then lied about these meeting during his confirmation hearing.
Additionally, former national security advisor Michael T. Flynn, resigned after it came to light that he also had undisclosed meeting with the Russian ambassador. 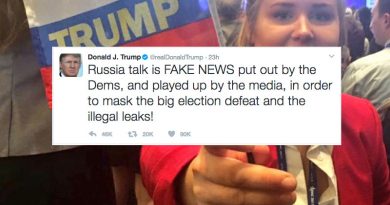