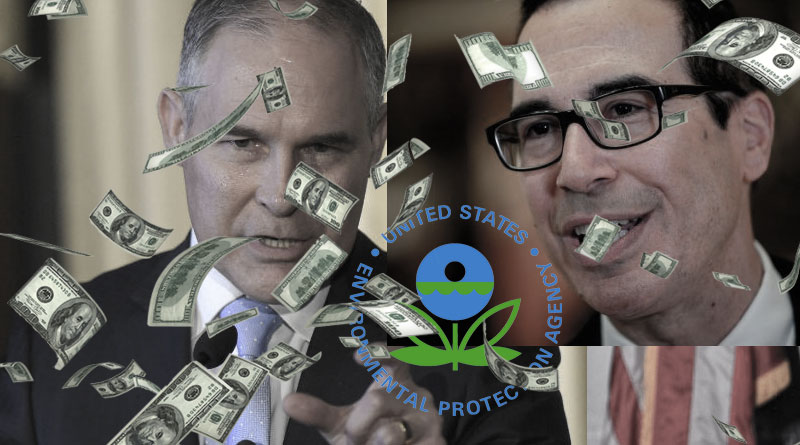 On March 13, 2017, number 45 issued a “Comprehensive Plan for Reorganizing the Executive Branch”.

This executive order gives the head of each agency 180 days to propose a plan for their agency to “reorganize the agency, if appropriate, in order to improve the efficiency, effectiveness, and accountability of that agency”. The order goes on the allow the proposals to “eliminate unnecessary agencies”. This is repeated several times.

At first glance this could be beneficial to the government and the people. There is no doubt that our government and agencies need “to improve the efficiency, effectiveness, and accountability…” Too much bureaucracy and red tape causes budget inflation and unnecessary delays.

The order also has a provision (b) that require the proposals to be published “in the Federal Register inviting the public to suggest improvements”. So these proposals to make the agencies more efficient, will be open to the public for review and comments. However, the directory only has to “consider the suggestions when formulating the proposed plan.”

The proposed plan shall include, as appropriate, recommendations to eliminate unnecessary agencies, components of agencies, and agency programs, and to merge functions.

If these were normal times, I believe people might actually be excited about this order, and the idea of high level reform in our government. Sadly, these are not normal times. Let’s take a loot at just a few of the directors who will be submitting proposals for their agencies.

EPA Administrator – Scott Pruitt is a leading advocate against the EPA’s activist agenda. From wikipedia: As Oklahoma Attorney General, Pruitt sued the EPA at least 13 times. Regulated industry companies or trade associations who were financial donors to Pruitt’s political causes were co-parties in 13 of these 14 cases. Including challenging mercury pollution limits and the Clean Water Rule. He lost, as did the state of Oklahoma. He has deep ties with the oil and gas industries. “We are not going to lead that agency in a way that regulates through regulation.”

Secretary of State – Rex Tillerson was the CEO of ExxonMobil, the world’s largest publicly traded oil and gas company, which is currently under investigation for misleading investors over climate change. “Exxon’s top executives, and in particular, Mr. Tillerson, have made multiple representations that are at the center of [our] investigation of potentially false or misleading statements to investors and the public in regard to these purported internal safeguards,” according to the office of Eric Schneiderman in communication to a New York judge.

Treasury Secretary – Steven Mnuchin a former Goldman Sachs partner and hedge fund manager. Goldman Sachs executives have served as the Treasury Secretary before, under both the Clinton and Bush administrations. Mnuchin has said he “…want[s] to strip back parts of Dodd-Frank that prevent banks from lending, and that will be the number one priority on the regulatory side.”

From just these three examples, there is a high probability that their respective agencies will be eliminated or reorganized to favor big business. We must be vigilant, look out for the public postings of these proposals and voice our concerns.