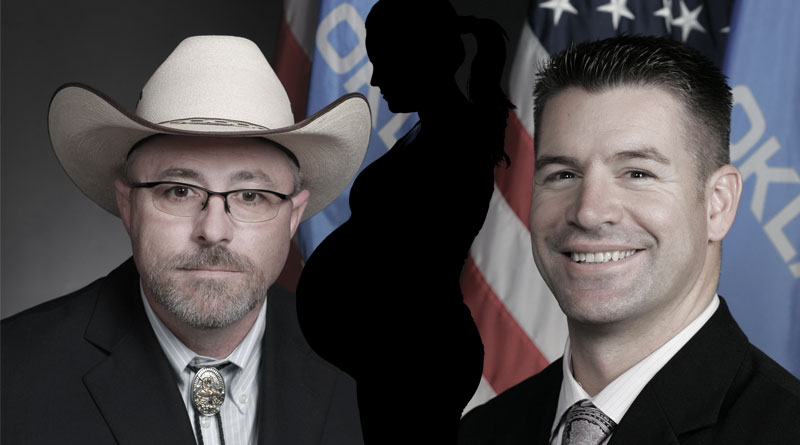 The proposed Anti-Abortion bill put forth in Oklahoma has been gathering a lot of attention.

Lets take a look at why. Apparently the representative that authored the bill referred to pregnant women as “hosts”, as it is written it “prohibits the performance of an abortion without the written informed consent of the father. The pregnant woman seeking an abortion will be required to provide in
writing the identity of the father to her physician. A person who contests paternity may demand
such a test be performed” Bill 1441 Information
It was Authored by Representative Justin Humphrey and coauthored by Representative John Bennett
I have seen some claims that this male signature would be required in all cases. However according to the documentation I have been able to find this is not true. “The measure would not apply in cases of rape, incest, or if the woman’s life is in danger.” While this does not excuse the intent of the bill, it does make it slightly less awful.

Rep. Humphrey was quoted as saying he originally wanted a provision in the bill requiring the father to pay child support, but this did not make it into the final text of the bill. This seems a very egregious oversight. If the woman must get permission, and the man denies it, then surely he should be required to pay support for that child.

There was also outcry over the bill referring to women as “hosts”. I have read the bill in its entirety, as I could find it, ( provided here as a word doc download ) and it never uses that language. I have found several articles quoting Representative Humphrey as saying:

“So that’s where I’m at. I’m like, hey, your body is your body and be responsible with it. But after you’re irresponsible then don’t claim, well, I can just go and do this with another body, when you’re the host and you invited that in.”

I have not been able to find the original source of this quote yet. The best I can find is The Intercept is the source of the quote, however there are no citations in that article. I have contacted the author of the article and will update this one as things progress.

So while we strongly disagree with the main intent of this bill, the “prohibiting abortion to be performed without consent of the father” some of the reports of lack of exception have been incorrect. We will update this article as we find out more details.