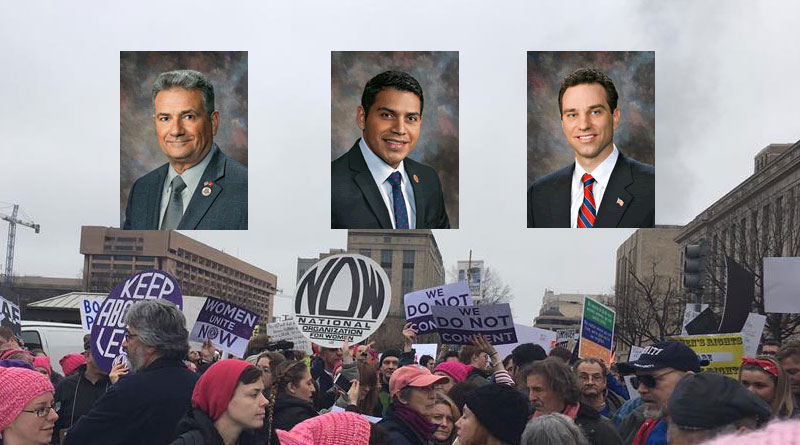 Arizona Senate passes bill that expands on racketeering laws to include rioting.

A new bill was passed (17-12) by the Arizona Senate, to allow police to arrest anyone involved in conspiracy that ends in a riot. Introduced by Sonny Borrelli, and co-sponsored by Steve Montenegro and Steve Smith.

The main additions to the bill is the language surrounding “riot” and what that entails.

“A person commits riot if, with two or more other persons acting together, such person recklessly uses force or violence or threatens to use force or violence, if such threat is accompanied by immediate power of execution, which EITHER disturbs the public peace OR RESULTS IN DAMAGE TO THE PROPERTY OF ANOTHER PERSON.”

The bill is linked to racketeering laws, which would allow anyone involved in the planning of a protest that turns violent to be arrested, and assets seized as well. This bill is a result of Republicans believing paid protestors are being used at town halls and other events.

Sen. Sylvia Allen, R-Snowflake is quoted as saying “I have been heartsick with what’s been going on in our country, what young people are being encouraged to do…”. This saddens me to hear this, because she doesn’t agree with what is being protested, she feels we should shut down and arrest the protestors, potentially before they even start.

The perceived danger of this bill is the possibility of anyone causing the damage that results in the arrests. And that it would allow arrests based on the suspicion of conspiracy.

The bill has not yet passed the house in Arizona.
We will keep this article updated as this story progresses.